The following individuals served as pastor and/or Director of Mother’s Program at her headquarters in Jacksonville, Florida:

Mother Kofi said THE MOST HIGH wanted to use her until He could find a man. She foretold of a man, Rev. Eli B’Usabe Nyombolo, would take up her work. He was little but “mighty loud”, would establish the governmental (administrative) affairs of her program. 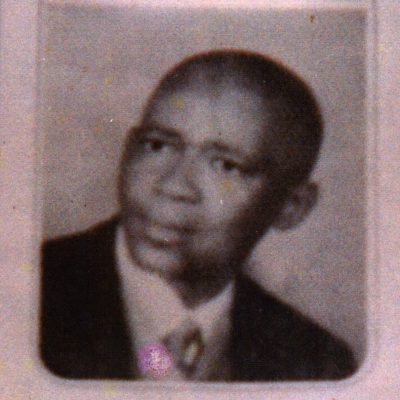 In 1929, Rev. Eli B’UsabeNyombolo, a/k/a Lil’ Brother, became associated with the African Universal Church, after being invited by officers to visit the church. He pledged to continue the works started by Mother Kofi. Lil’ Brother was President of the Native African Union of America, Inc., (NAUA). The NAUA charter included collaboration between America and Africa in economic, social and political interests.

With headquarters in New York, Nyombolo launched acquisition for housing in Harlem for visiting Africans. Founders, officers and patrons included a host of royalties and notables from Nigeria and Ghana; including, but not limited to His Royal Highness Prince Eket of the Royal House of Ibibio, Nigeria and Chief Nana Amoah, Gold Coast West Africa.

On an early July 1970 afternoon, a few days prior to Rev. Nyombolo’s passing, Chairman of Trustee and Deacon Board, Robert Ervin Keyes informed his children of their uncle’s unfavorable medical condition and of his desire to see them. Robert and Pauline Keyes had 3 sons, Robert, (17), Melvin (15) and Paul, a/k/a Kubini (14). After entering an upstairs patient room at Brewster Hospital, Jacksonville, Florida, and Pauline Keyes was already in the room, sitting at Lil’ Brother’s bedside.

The parents instructed their sons to kneel down at Rev. Nyombolo’s bedside, from the eldest to the youngest.
As Robert Keyes and wife Pauline Keyes stood behind their sons, Rev. Nyombolo placed his hand upon each of their heads, individually and prayed in Bantu Zulu language. Robert Keyes and Pauline Keyes knew the purpose and meaning of these blessings placed upon their 3 sons however, it was kept secret and was not revealed until 40 years later, during the week of March 8, 2010 to two church elders.
Pauline Keyes (deceased 2018) told her sister Evangelist Martha ‘Sipi’ William Gebre, Miami, Florida and longtime friend, Rosemary Longmire, Daphne, Alabama, members of St. Adorkor’s African Universal Church, Daphne, AL. ‘Evangelist ‘Sipi’ told her sister they understood the meaning and importance of what “Gramps” (A title only Sipi was allowed to use to identify Lil’ Brother) did and have always noticed how resilient the ‘Spirit of The Program’ in two of Pauline’s sons. Pauline Keyes was reminded again not to disclose this information to anyone else.

Two of the remaining sons Robert and Kubini (Melvin Keyes deceased in 2012) remembered visiting and kneeling down to see Lil’ Brother at the hospital in July 1970, however, they did not know the significance or meaning of the event until later in their lives. Rev. Nyombolo died on July 7, 1970. 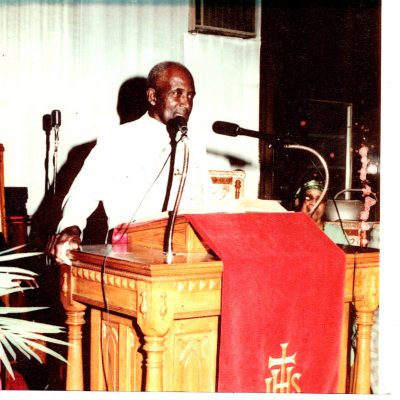 There were other individuals that dedicated themselves to the program. Bishop Eugene P. McCarroll, St. Adorkor’s African Universal Church, a/k/a “Tshaka”, created the title and supporting narrative named, “For This Thing Was Not Done In a Corner”, used as the title line for the Mission Crusader.  Additional pioneers include John Townsend, Deacon Longmire, Deacon Nettles, Ernest Sears, and many others committed themselves to the Program founded by Mother Kofi. 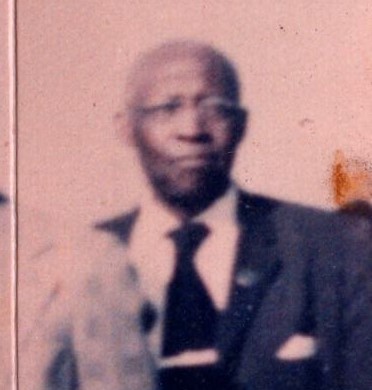 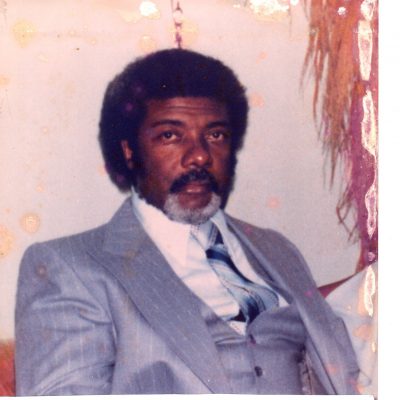 Rev. Keyes was the second leader to serve as pastor and director.

Rev. Keyes continued the ministry and encountered numerous struggles and challenges.
A distraught member of the African Universal Church family coerced members and officers to nullify the church doctrines and procedures and deny State mandated need for by-laws. Distraught members sued for control of the church. Faced with an ensuing division of the church body, Rev. Keyes ‘stood fast’ and was successful in preserving the principles and doctrines of the church.  Before the issue could be resolved, Rev. Keyes died November 26, 1985.

Rev. Elbert Moreland, Jr. served as associate pastor in December 1985 until  becoming pastor in December 1986. By the spring of 1987, senior member and Trustee Matilda Horn endorsed Rev. Moreland’s desire to “leave the past” and start a new church, at a new location. Leased buildings were used as a sanctuary until a permanent site was found. 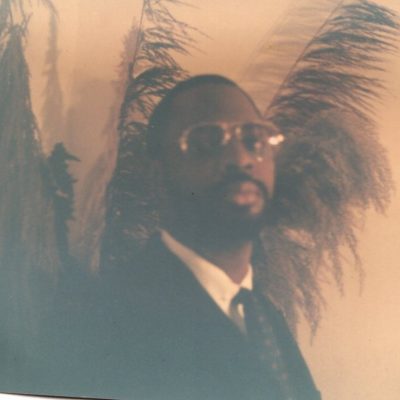 On May 20, 1988, a meeting was held by the congregation to start a new church and select officers. Rev. Moreland named the church, Tabernacle African Universal Church; Inc. Tabernacle African Universal Church was established as the home office of Mother’s Program. The soon-to-be new church and Founder’s home office instituted the Princesses’ ministry and Rev. Nyombolo’s principles and teachings that were neglected by members of the original church. The chartering officers of the founder’s home office, Kubini Keyes, Chairman and President of Trustee and Deacon Boards, Bertha Mae Moreland, Trustee and Pauline Keyes, Trustee, incorporated the church, in the State of Florida.

Under Rev. Moreland’s leadership, the church started a fellowship program, obtained a new church building and increased the membership. THE MOST HIGH truly blessed the ministry so that many young people found the church to be a true inspiration to their lives. On June 1999, the Lord led Rev. Moreland to pursue his ministry elsewhere. 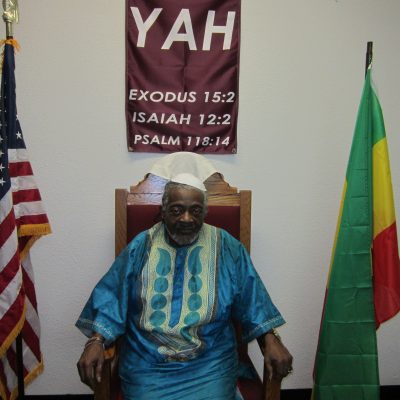 Rabbi Keyes led the transition from Christian faith to Hebrew which aligns with biblical and the founder's teachings.

In December 1998, Pastor & Prophet Robert E. Keyes, III was called into the ministry. He became pastor in September 2000. Under the current leadership, Rev. Keyes expanded the existing church fellowship program, started a Christian media relations program and made structural improvements to the sanctuary and established a multi-purpose building.

In 2010, Prophet & Overseer Robert Keyes was led by the Holy Spirit to enroll in a Jewish-Christian school. In 2012, He attained a diploma in Jewish-Christian Studies, Dallas, Texas. Several years later, Prophet Robert Keyes was in his office and was led into the spirit and a voice arose within his spirit and instructed him to “Seek Me and call Me by my right name and get to know who your true identity.” Afterwards, Prophet Robert Keyes began to meditate and research deeper into and beyond his previous studies. What he learned started to make sense to him and he desired to learn even more. As Prophet Keyes “connected the dots” to find the true descendants of the children of Israel, the ‘Erverhs or Hebrews, the Holy Spirit spoke into his spirit a second time and said, “My name is from everlasting to everlasting”. Just like His people, His name has a meaning.

By late September 2018, Prophet engaged his spiritual team to study selected scriptures and urged them to pray for discernment. Their response was astonishing. They were already aware of their African culture; however, none knew to the extent and specifics supported by biblical and historical evidence as being descendants of Hebrews from Israel whose ancestors were taken to America as slaves.

Rabbi Robert E. Keyes, championed the roll out of the “Awakening” as did other leaders near and far.  He proclaimed the truth about our heritage as descendants of the Children of Israel.  He led the transition of the overseas ministry to followers and believers in THE MOST HIGH YAH and his Anointed One, YAHUSHUA HA MASHIACH.  The Philippine Ministry requested copies of all material used to promote the transition.  Booklets were created and distributed containing the “Awakening” information that was not embraced nor considered by those whom we considered close relations with us in America.  The ministry in Kenya adopted the “Awakening” with great interest and appreciation. There are numerous ethnic and family clans in Kenya who identify themselves as descendants of the original Hebrews which fled from Jerusalem into Egypt and onward across central and West Africa.

In mid-August, Rabbi Robert Keyes informed instructed deacon Kubi Keyes to perform a series of trial sermons, as commanded by THE MOST HIGH. The deacon prayed for a spiritual confirmation of his own; for this was a move not to be taken lightly. The deacon obtained spiritual confirmation from THE MOST HIGH, at home during the first week of November 2021.  By the end of August 2021, the officers met with Rabbi Keyes to finalize plans for a possible transition of leadership (Due to his failing health) and ensure all plans were in accordance with THE MOST HIGH’S approval.

On November 13, 2021, Rabbi Robert Keyes ordained Elder Kubi Keyes as qualified and full of the Spirit and wisdom and capable to carry out the Work of the TORAH for THE MOST HIGH. Rabbi Robert Keyes passed away December 16, 2021. He left behind two sons, one daughter, 4 grandsons, and 2 great grandchildren. 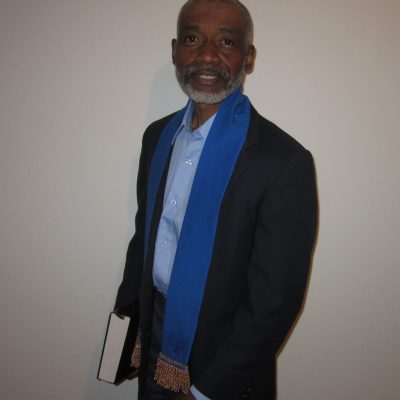 A position of spiritual leadership is something not to take lightly, for THE MOST HIGH takes action against pastors (shepherds) who destroy and scatter the sheep of his pasture. (Jeremiah 23:1) I wanted confirmation from THE MOST HIGH of His perfect will, not His permissive will for me to serve in the capacity I was being prepared to assume as the next shepherd.

Instead of listing prior accolades and capabilities, I can only speak of “being active behind the scenes’ for many years.  Therefore, I’ll let history tell my life story and ask THE MOST HIGH YAH’s guidance and direction to do HIS will and not of my own, as a descendant of Hebrews, a  Yahudian in the name of His Son, The Anointed One, who hung and died on an almond tree, YAHUSHA HA MASHIACH.